NO FEES OR COSTS UNLESS WE WIN! 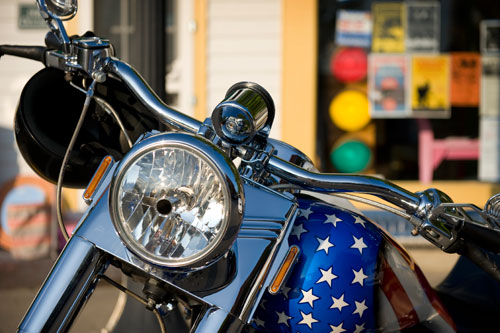 Zephyrhills is accessible for all motorcycle riders with many major routes through the city, including U.S. Route 301, which runs north-south through the city, State Road 39, which runs northwest and southeast from Plant City, and County Road 41, a hidden state road along US 301 from the Hillsborough County line. Other roads, such as State Road 54, State Road 56, County Road 579 and County Road 535 create a nexus of rural and urban roads to explore in Zephyrhills. Motorcycle riders also won’t want to miss Main Street Zephyrhills Music & Motorcycles, a state-renowned bike show in its 15th year. HOG-LAW has been a PROUD sponsor of Music & Motorcycles for years.

But rider beware! Motorcycle riding comes with its own inherent accident dangers. All bikers know the dangers posed by Florida’s sudden storms, making the road slippery and unpredictable. Busy towns also mean distracted drivers, just as bike fests also carry the potential for attendees to get carried away with merrymaking. Zephyrhills also has its share of part time residents also known as “snowbirds”. With the added population, congested roads and distracted drivers, bikers truly have to be on the lookout!

Born and raised in Clearwater, Brad has spent 25 years earning his reputation as a Biker Representing Bikers. As a member of the Brandon Old Town Chapter and the Polk County Harley Owner Group and an award winning trial lawyer, Brad has spent years on the back of his bike and in the courtroom. No one knows more about Florida motorcycle injury cases.

If you are involved in a motorcycle accident in Zephyrhills, there are many things you need to consider:

You need an experienced Zephyrhills Motorcycle Accident Lawyer.
Call Brad Souders any time, day or night, at 1-866-464-5291 for a FREE, immediate consultation. An attorney helping bikers!

Attorney Brad Souders has a main office in Tampa, representing injured bikers and their families throughout the state of Florida.

Can’t come to us? Brad can come to you. He offers FREE INITIAL CONSULTATIONS, also offering HOME, HOSPITAL & EVENING or WEEKEND appointments by request. After hours, simply call Brad’s cell at (813) 220-7767.

Brad and his dream team are amazing, dedicated and warm people. It is so important to have honest, clear, and effective communication throughout any legal process... read full testimony